In late 2025 passengers will be able to fly direct between London or New York and the Australian east-coast cities of Sydney and Melbourne thanks to Rolls-Royce Trent XWB-97 powered Airbus A350-1000 aircrafts.

Forgital Group is proud to supply mission-critical components for the Trent XWB engine family and very excited to work with the major aerospace global players. 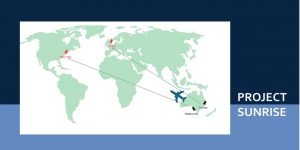